Late payments from domestic and foreign B2B customers were reported more frequently by respondents in Singapore than by their peers in Asia Pacific.

The openness of Singapore’s economy exposes it to the slowdown in China in 2018. Despite the uncertain business environment most respondents in Singapore said that they do not intend to make any changes in their current use of credit management practices in the face of developments such as Brexit, US protectionism and the slowdown in Asia.

In 2016, Singapore had the highest average percentage of transactions on credit with 54.5%. This changed in 2017, when the average total value of sales made on credit terms dropped to 44.5%. This was also the biggest decrease registered in the Asia Pacific region. 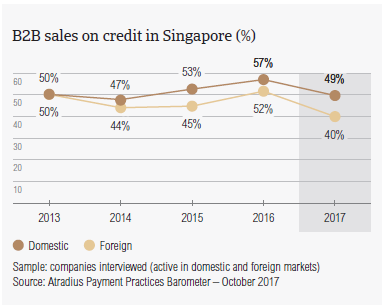 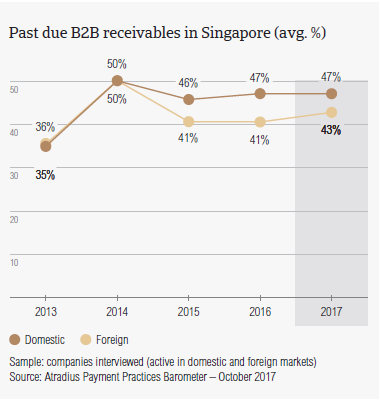 Payment duration in Singapore improved from an average of 59 days in 2016 to 47 days in 2017. Together with their peers in Australia (46 days), respondents in Singapore seem to cash on invoices the quickest. 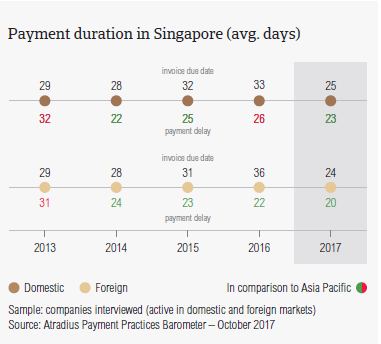 The most frequently reported reason for domestic payment delays in Singapore is insufficient availability of funds. Foreign delays occurred primarily because of the complexity of the payment procedure. 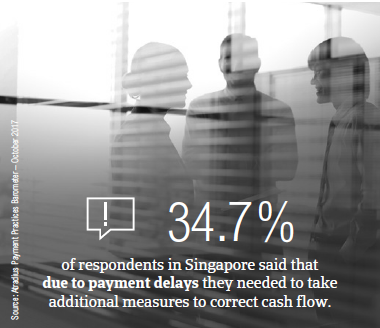 Despite the potential risks stemming from Brexit, US protectionism and the slowdown in Asia, only 25.2% of respondents in Singapore said that they are likely to do more to protect their businesses. 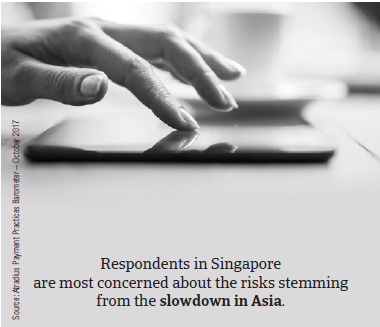 The total value of B2B receivables written off as uncollectable in Singapore decreased from 2.1% in 2016 to 1.9% this year and is below the regional average (2.1%). 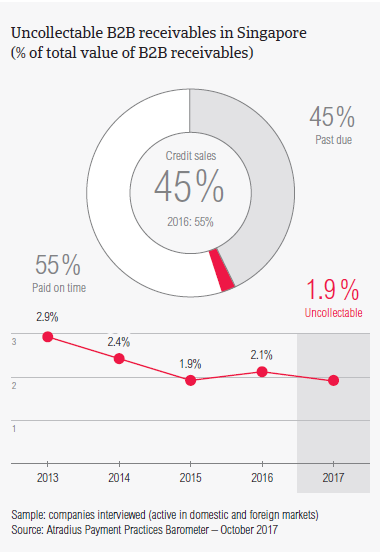 Looking ahead, more respondents in Singapore seem to expect a slight deterioration than an improvement in the payment behaviour of their B2B customers over the coming 12 months. 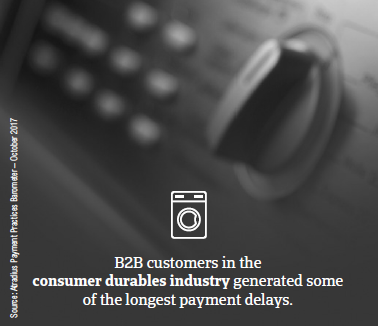 China is rebalancing its economy away from exports and investments towards consumption. This is weighing on GDP growth of its trading partners.

Private building projects are expected to decrease due to less benign economic conditions and an increased supply completed housing projects and offices.