Business insolvencies expected to increase 6% in 2016 as the slump in the mining sector continues. 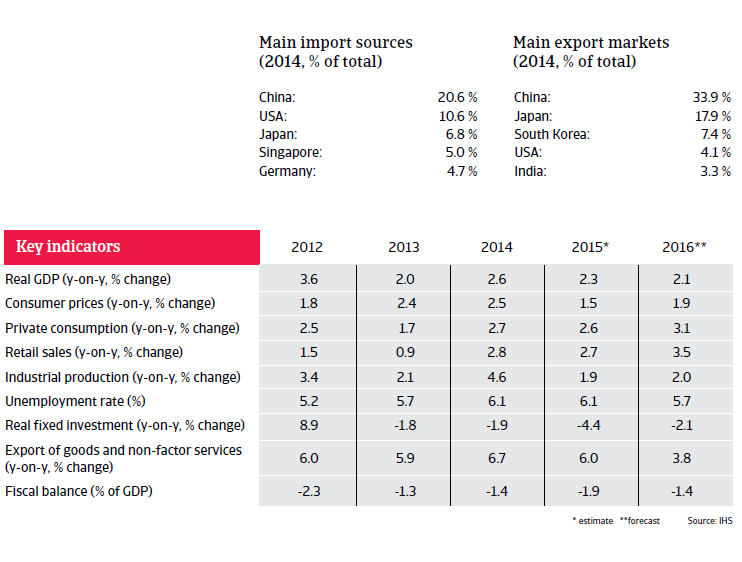 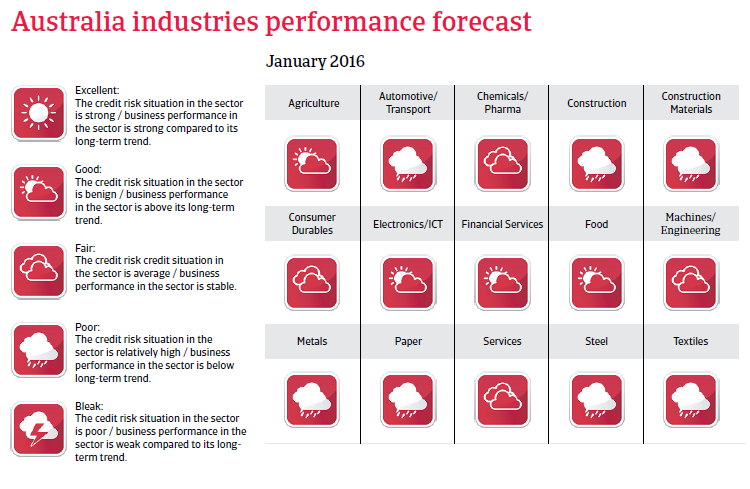 Business insolvencies increased sharply in 2008 and 2009, despite Australia largely managing to escape recession. They remained at an historically high level between 2010 and 2013, before decreasing 18.7% in 2014. However, in 2015 it is expected that business insolvencies increase again, by 10%, mainly due to the current slump in the mining sector and lower demand from China. Business failures are forecast to increase further, by 6% in 2016. 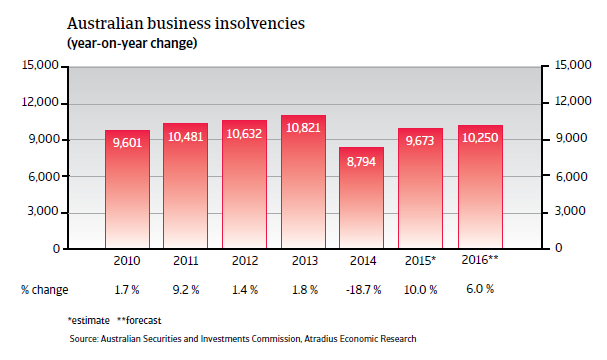 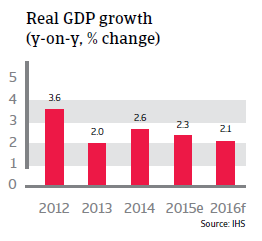 Mining investment decreased in 2014, as major resource projects were completed. But housing activity strengthened as it benefited from low interest rates and a significant increase in house prices, particularly in Sydney. At the same time, consumer spending increased due to rising household income. In 2014, economic growth was boosted by increased production volumes and increased exports of bulk resource commodities. These were made possible by the heavy investment in production capacity in previous years.

While increased exports of bulk commodities continued in 2015, their attribution to economic growth has declined as commodity prices have sharply decreased since June 2014. At the same time, there is not enough momentum in consumer spending and non-mining business investment (which together account for two thirds of GDP) to return economic growth rates to the earlier trend: Australia´s GDP growth is expected to slow to 2.3% in 2015 and 2.1% in 2016. 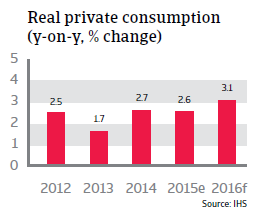 Consumption grew faster than household incomes in 2014, as consumers viewed their financial situation as benign - despite the relatively weak growth in incomes. With modest wage growth in 2015, it is expected that private consumption will increase 3.1% in 2016.

The Reserve Bank’s low interest rate monetary policy supported household consumption and housing construction in 2015. The already low benchmark interest rate of 2.5%in 2014 was lowered two times in the first half of 2015, to 2.0% - the lowest rate in 20 years. In Q4 of 2015, the Reserve Bank indicated that this stance is likely to continue into 2016, particularly as inflation is benign. Consumer prices inflation decreased to 1.5% in 2015 and is expected to increase only modestly in 2016, to 1.9%.

Unemployment rose from 5.2% in 2012 to 6.1% in 2014, as the structural transition from mining investments to mining exports has created an element of frictional unemployment that will take time to absorb. Unemployment is expected to remain at around 6% in 2016.

Mining and other business investments continue to decrease 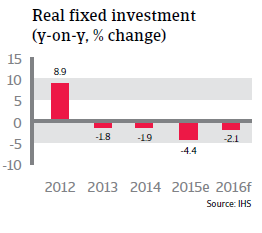 There have been massive employee layoffs, huge write-downs on assets and/or projects have been delayed. Exploration activities have basically come to a standstill. At the same time, related sectors like construction and businesses that are servicing the mining industry – such as small airlines that carry miners, restaurants, hospitality and food servicing companies - are also feeling the pinch. It seems that a large shake-out in this sector is underway, with only the big suppliers with world-class assets, high production volumes, high levels of efficiency and low costs able to survive in the mid-term. 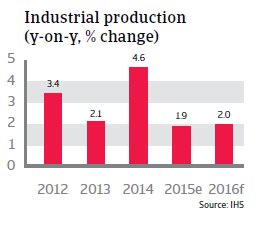 Non-mining business investment remains subdued, despite historically low interest rates. Many Australian companies perceive business conditions as satisfactory at the moment, but not good enough to lift their investment plans. Uncertainty about future economic and business development remains, and therefore many businesses are still deferring new capital expenditure until they see a sustained improvement in demand.

Real fixed investment decreased 1.9% in 2014, with declines in both mining and non-mining capital expenditure. This downward trend continued in 2015, with investment decreasing 4.4%, and another contraction of 2.1% expected in 2016. A recovery in non-mining investment will be needed to deliver long-term and sustained economic growth in the post-mining boom transition phase.

The Australian dollar's depreciation is expected to continue

Tourism and other export-oriented industries in manufacturing and agriculture started to benefit from the on-going depreciation of the Australian dollar since the end of 2014. However, the current level of depreciation is still insufficient to achieve balanced growth, and a further depreciation seems to be both likely and necessary.

Nearly half of the respondents in Australia said that the risk of payment delay and default from B2B buyers has increased over the past six months. One in five respondents rated it as “significant”.

Economic conditions in the Eurozone remain challenging with insolvencies still 70% higher than in 2007 on average.

Problems remain in the building sectors of most of the countries covered in this issue of the Market Monitor. Consequently, the outlook for the construction industry in 2015 remains muted.